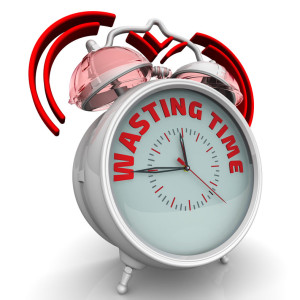 Does this sound like a familiar problem? Too many of us find ourselves spending many hours a day in meeting after meeting, which all too often fail to reach any sort of positive outcome, even after hours of debate.

The implications of long, unproductive meetings can be hugely detrimental, not only for the individuals involved, but also for their organisation as a whole. It can create an environment where conflict and negativity reign, and those who shout the loudest, most often, are the only ones who get their opinions heard, and others fear speaking up.

Traditionally, very little new thinking is achieved in group discussion, with a lack of structure and focus, meaning attendees revert back to ideas they have had before. Each individual concentrates on their own agenda, rather than exploring all aspects of a problem to come up with a quick and effective solution.

With time being the scarcest, yet the most precious resource most of us have, shouldn’t we all be trying to make all the meetings we attend much shorter and more productive? Isn’t it much more powerful to harness the full thinking power of a group, whilst eliminating the default stance of some individuals – the defence, and attack, where possible, are how the strongest survive?

The solution is Edward de Bono’s Six Thinking Hats®. It is a very simple, yet a powerful way of improving both group and individual thinking by quickly, but fully, exploring a subject. Only by looking at each aspect of a problem, can we hope to make that step forward to a next action and positive outcome, rather than limiting the opportunity available, by just arguing around it.

This one day workshop teaches delegates how to think together in parallel. Using human energy in a much more efficient and effective way is the aim, making the best use of the most powerful asset we all have – our minds. It looks at what “can be” rather than traditional thinking, often adversarial and negative in stance, which lacks any constructive and creative energy, or end result.

When a group thinks all in the same way at the same time and co-operates, using the Six Thinking Hats®, the result is a fast but robust solution, where everybody participates and each of the perspectives has their place. It is about changing our behaviour and attitude to not just thinking but communicating, shifting our thoughts from negative to positive and turning disagreement into real opportunities, or actionable alternatives to examine further.

Thinking in this way is a skill, which, when given a simple but powerful framework, allows anyone to use it to look at different approaches, separate fact from opinion and stimulate creativity which can surprise everyone! Only in this way can we all evaluate ideas productively and make the right decision faster.

Can your organisation afford to ignore the Six Thinking Hats®? Find out more: